EPOCH Co., Ltd. is a toy manufacturer based in Tokyo, Japan, established in 1958, known for producing Barcode Battler and Doraemon video games and for the Sylvanian Families toys.

The first original product Yakyu-ban (baseball board game) continues to have its designs and technologies developed after half century in the toy market.

Early on EPOCH was known as “Game of EPOCH” because of its baseball board game, Japan’s first video game and LCD games.

In 1985 Sylvanian Families was released, and quickly became one of the most beloved girls toys in Japan.

In 1986 Sylvanian Families were released in the UK, US, and other markets.

In 2004, Aquabeads were released and have grown to hold the largest share of the arts and craft category.

In 2008, EPOCH established sales companies in the US and Europe, and its own manufacturing facility.

Since then EPOCH has continued to grow and now has a total of 11 subsidiary companies globally. This expansion of EPOCH subsidiaries laid the foundation to expand the business globally.

EPOCH now distributes Sylvanian Families products in 55 countries primarily, Aquabeads and from 2021 also in Italy the new line of Super Mario board games, which will contribute to a further expansion of our global business. 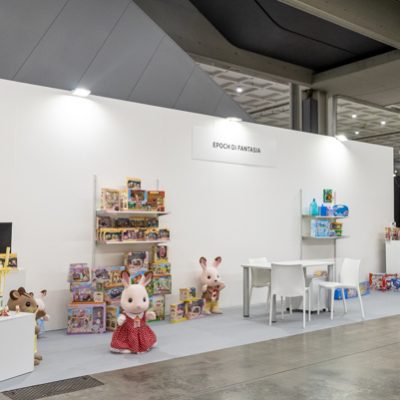